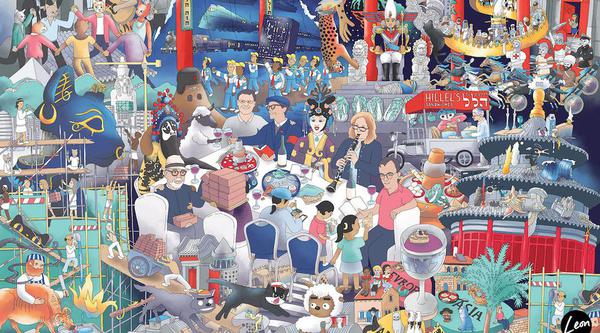 He wanted to encapsulate Beijing's Jewish community in a Passover Haggadah. The coronavirus complicated that.

(JTA) — Unlike Shanghai or Hong Kong, which received Jews fleeing from World War II, Beijing does not have a robust Jewish history. In the words of Joshua Kurtzig, former president of the Reform congregation there, the massive Chinese capital is a “very transient city,” especially for Jews — meaning that many pass through without putting down generations of roots. Some 1,000 Jews now live in Beijing among its 20 million residents, and the congregation, Kehillat Beijing, has no permanent clergy 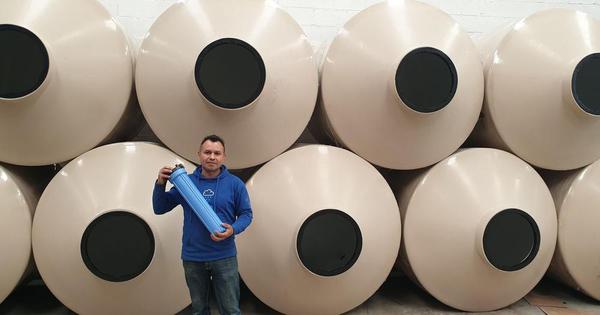 Running out of water in a liquid paradise

Mexico City’s problems with running water are acute: in the city’s poorest neighbourhoods such as Iztapalapa and Xochimilco, brown, murky water flows from the faucets just once a week, if at all. The irony is that water in this region abounds. Located in a valley 2250 metres above sea level, the Aztec city of Tenochtitlán – the precursor to today’s Mexico City – was once connected by a system of lakes and rivers. The Spaniards drained the basin to make way for their colonial city, and four cent 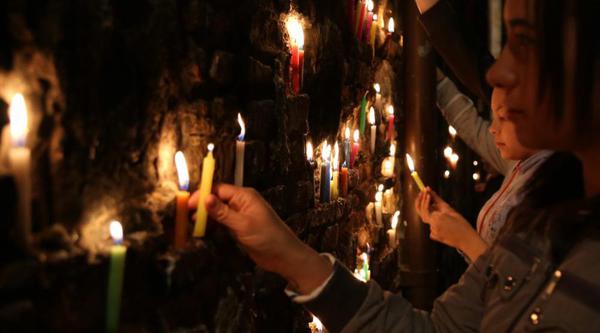 (JTA) — Jews in Colombia preparing for Hanukkah saw something earlier this month that no doubt looked very familiar. On the night of Dec. 7, streets, plazas, windows and porches across the country were lit by thousands of candles in honor of Dia de las Velitas (Day of the Little Candles), a cherished holiday in the Latin American country that officially marks the beginning of the Christmas season. The holiday dates back to 1854, when Pope Pius defined the immaculate conception to be Catholic d 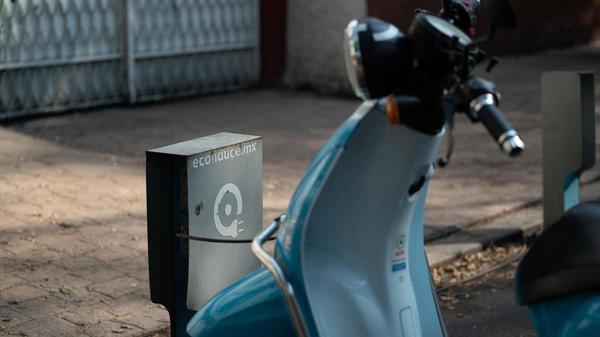 During the second half of the twentieth century, Mexico City’s metropolitan population more than quadrupled in size. As one of the first urban regions to reach the 20 million inhabitant mark, mobility has been a top concern for chilangos (as the city’s residents are known) for decades. In the 1990s, the city was also one of the most polluted in the world. Smog days, during which schools were closed and cars with certain licence plate numbers were banned from circulation, were a normal part of ev 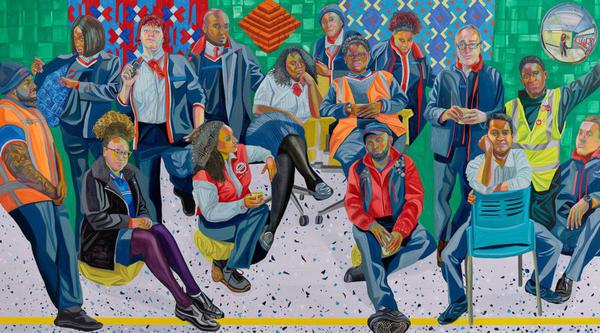 (JTA) — Mexican-Jewish artist Aliza Nisenbaum sees a failure to communicate in the modern world — and her work as a way to counteract the dilemma. “The problem today is that we are not sitting with real people, face to face, we are shouting to each other on social media,” Nisenbaum says. She looks to fight this cultural tendency through her paintings, whose intense, sensuous color forces the viewer to inhale the humanity of her subjects. Influenced by the work of Jewish philosopher Emmanuel L 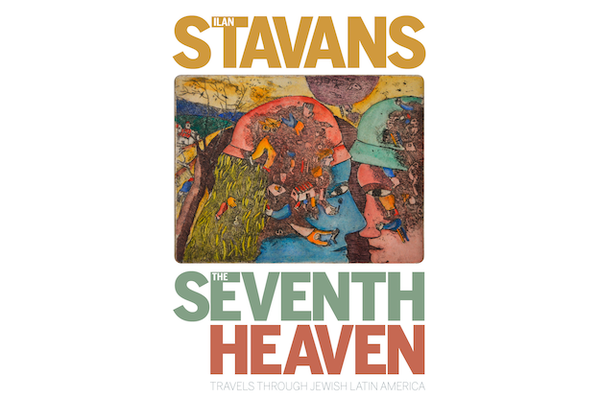 From Cuba to Chile, a Journey through Jewish Latin America

This article is adapted from AQ's latest issue on the politics of water in Latin America Taken together, Latin America is home to the third largest Jewish diaspora group in the world, behind the United States and France. But as Mexican-born essayist and linguist Ilan Stavans notes in The Seventh Heaven: Travels Through Jewish Latin America, the story of Jews in the region can’t be told in one fell swoop. Every country has something different to say. Stavans’ book is the result of five years of 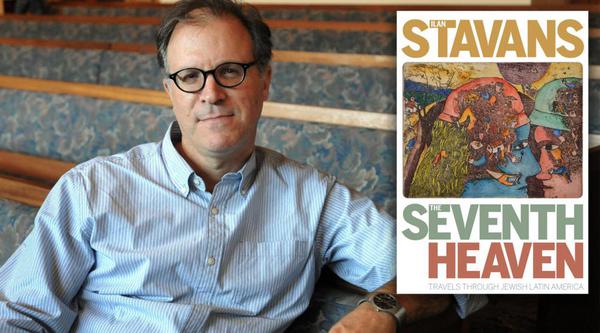 MEXICO CITY (JTA) —More than 10 years ago, Ilan Stavans scandalized language purists of the Spanish-speaking world by translating a chapter of “Don Quixote” — into Spanglish. Since then, the so-called czar of Latino culture has become one of the most important interlocutors for Hispanics in the United States. In his latest book, “The Seventh Heaven,” published earlier this month, the Mexico-born Stavans shares a travelogue of a trip through Jewish Latin America, a topic on which he has emerged 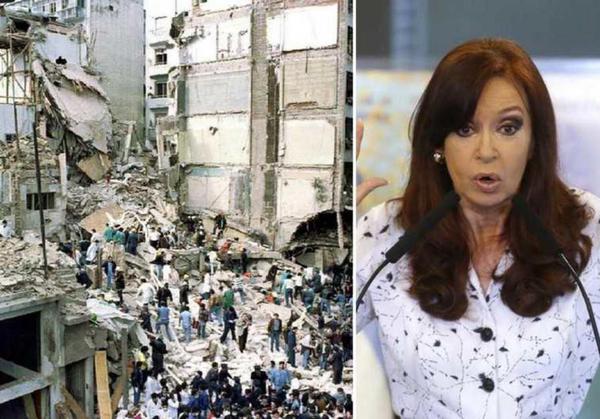 Argentines head to the polls for the final round of presidential elections later this month. The two candidates are the incumbent, Mauricio Macri — the first conservative elected in the South American nation in several decades — and Alberto Fernandez, a left-wing populist. Things are not looking good for Macri — in the first round of voting, Fernandez won 47 percent to Macri’s 32 percent. The challenger brings a recognizable name to his ticket: Cristina Fernandez de Kirchner, Argentina’s presi 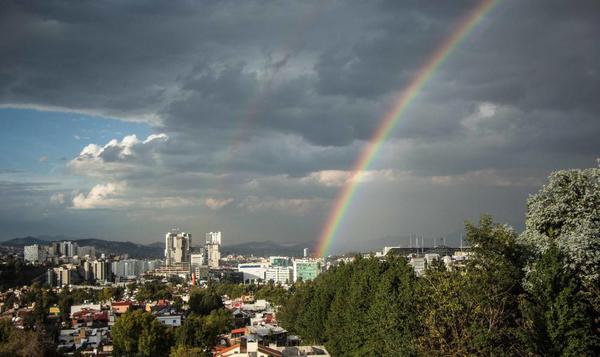 When Maria Isabel Contreras and her husband moved to Mexico City’s Iztapalapa district, 30 years ago, water was not an issue. But as the district urbanized, the taps began to dry up. Today, the nine-person household — four adults and five children — receives three hours of continuous supply of murky, brown water each day, before the water runs out. This translates into a daily struggle for the Contreras household, and she is quick to enumerate all the tactics used to get by. “We inserted water 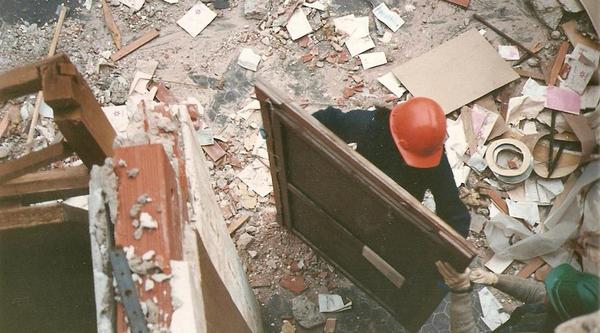 Rescued twice: The archive that survived the Holocaust and the AMIA attack

(JTA) — Abraham Lichtenbaum was getting ready to leave his house on July 18, 1994 when, at 9:53 a.m., he heard an explosion: The headquarters of Argentina’s 200,000-strong Jewish community, the AMIA, located less than four miles from his home, had been bombed. Eighty-five people died and 300 were injured in what has become Argentina’s biggest terror attack. Lichtenbaum worked in the building and typically arrived there at 9 a.m. But he had been up the night before recording a weekly radio show 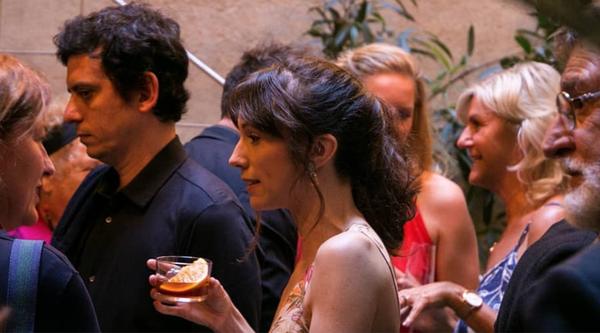 BARCELONA, Spain (JTA) — Tucked away in one of the narrow streets of this city’s El Call neighborhood, a former Jewish ghetto that these days house upscale shops and restaurants, sits the oldest residential house in Barcelona — a nondescript white stone building full of history. The house was owned originally by Astruch Adret, a Jewish businessman who was forced to sell the property and convert to Catholicism in 1391, when Jews were savagely murdered after being accused of causing the Black Pla 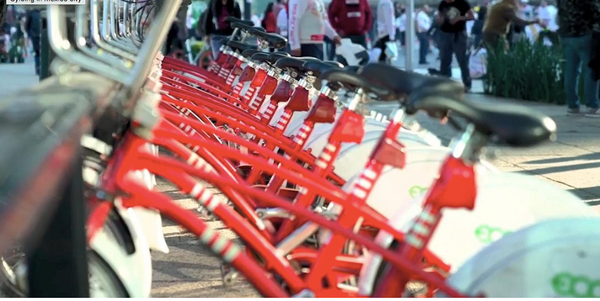 As a car-centric city, Mexico City has made gigantic strides promoting the bicycle as a means of transportation. The greatest challenge today is bringing bike infrastructure to the periphery, where people need it the most. 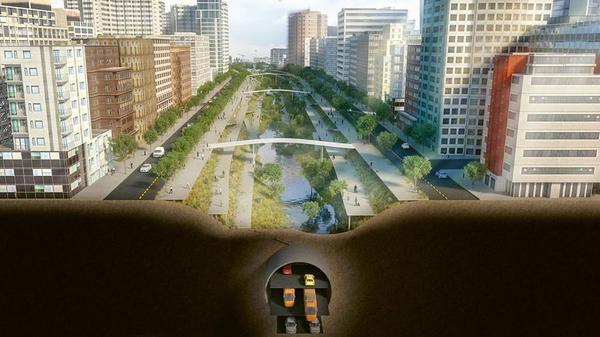 In Mexico City, the name Viaducto Río de la Piedad conjures images of a noisy, polluted, traffic-ridden eight-lane highway that turns into hell-on-wheels, with cars inching by at a mere six kilometres per hour during rush hour. It’s not a place to go for an afternoon stroll, let alone hang around. Yet in 2012, that’s precisely what a group of activists led by environmentalist architect Elias Cattan did. After scaling a fence on a bridge, they sat down in a circle on the concrete structure that c 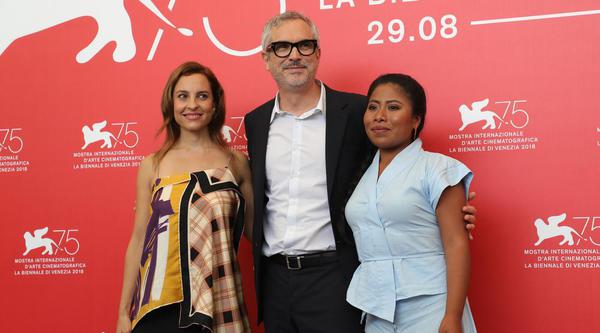 Roma, the Mexico City setting of Alfonso Cuaron's Oscar frontrunner, used to be a Jewish neighborhood

MEXICO CITY (JTA) — Alfonso Cuaron’s film “Roma” has already won two Golden Globes, and many think it will be the first Netflix film to win the Oscar for best picture. The film is set in the Roma neighborhood of Mexico City — where Cuaron grew up — and follows a well-off family and its beloved housekeeper, as they navigate life there in the 1970s, a politically fraught time for the country and the city. Not mentioned in Cuaron’s autobiographical film is that in past decades Roma used to be an i

A catastrophic 1985 earthquake that killed thousands of people in Mexico City and destroyed the (back-then) Jewish neighborhoods of Roma and Condesa also left the archives of the Ashkenazi community in a state of complete disarray, stashed away in makeshift boxes in the damp and dark basement of the Nidje Israel synagogue, colloquially known as Acapulco 70 for its street address. In the early 1990s, Alicia Gojman de Backal, a history professor at the National University of Mexico, decided to mak 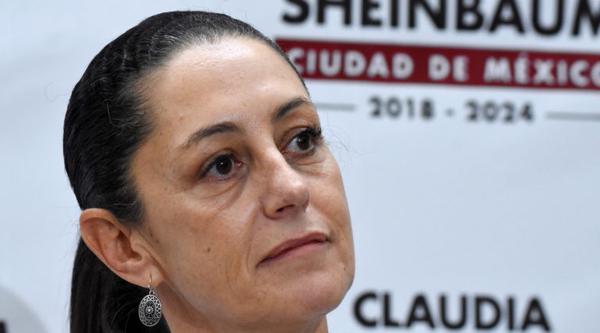 Mexico City’s Jewish mayor wants to be identified by her policies, not her ethnicity

MEXICO CITY (JTA) — It was during her ultimately successful campaign for Mexico City mayor that Claudia Sheinbaum made a reference to her Jewish heritage. Speaking before a group of Jewish women, she said she was proud of those origins. “We celebrated all the holidays at my grandparents’ house,” she recalled. For Sheinbaum, the capital city’s first elected Jewish and female mayor, the reference to her Jewishness was rare. Like many other liberal, secular Jewish politicians around the world, Sh 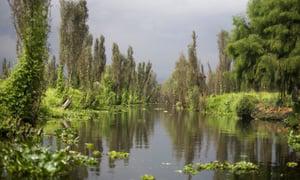 Axolotls in crisis: the fight to save the 'water monster' of Mexico City

Like many residents of Mexico City, my experience of the floating gardens of Xochimilco has mostly been tinged with alcohol. After all, every weekend, this Unesco world heritage site turns into a bacchanal, with groups aboard the canals’ iconic boats celebrating everything from high school graduations to engagements and weddings. But this is a weekday morning, and Carlos Sumano, who is steering my canoe through the floating gardens, or chinampas, says that sort of unfettered use has taken its t 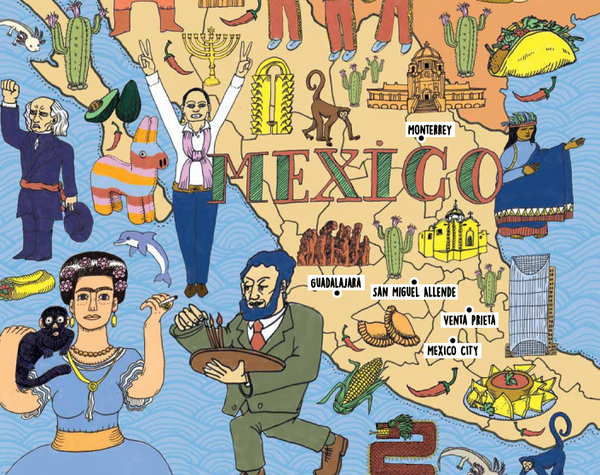 Of the 50,000 Jews in Mexico, most are based in Mexico City. But there are groups– some in remote or desert locations – scattered elsewhere. Alan Grabinksy meets the inhabitants of these small communities. 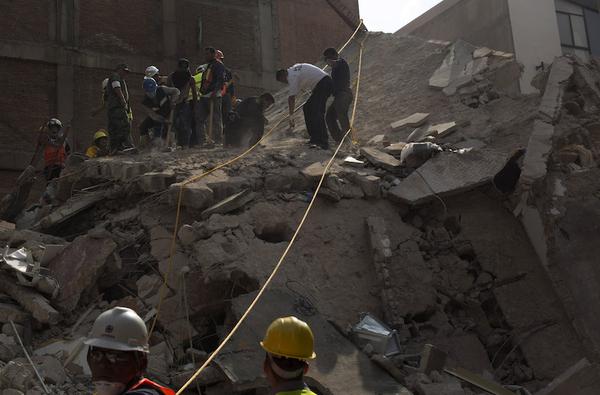 A year after the Mexico City earthquake, many Jewish organizations still don’t have a home

MEXICO CITY (JTA) — This capital city has yet to recover from last September’s earthquake, which killed over 300 people and left many more homeless. In the trendy Condesa neighborhood, once a predominantly Jewish area here, many buildings have been demolished and others are in a state of abandonment and disrepair. Among the most affected structures is the cherished Nidje Israel Synagogue, known locally as “Acapulco 70″ for its street address. The massive building, used by generations of Jews — 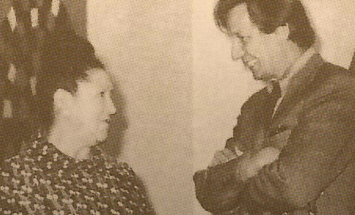 A Family History of Mer-Kup, a Modernist Hub in Mexico City

In 1961, a Polish-Jewish woman opened a small gallery in Polanco, a middle-class neighborhood in Mexico City. Over the following decade, the space became a cultural force, hosting solo and collective exhibitions by artists like Mathias Goeritz, Sebastián, and José Luis Cuevas. That woman, Merl Kuper, immigrated to Mexico from Poland in the 1930s. She was my great-grandmother. Her daughter, my grandmother Alinka, worked in the gallery as well. After they died, our home, my mother’s studio, and m
Load More Articles
Close ✕